Bulbils on the Spikelets of Poa bulbosa 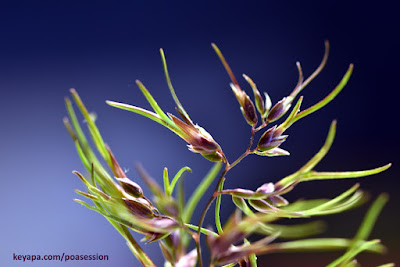 I was walking on the sidewalk leading to my gym, when I noticed some tiny but interesting panicles on grasses by the side. The spikelets seemed to have green twisting protrusions coming out from them, so I took some samples home with me. 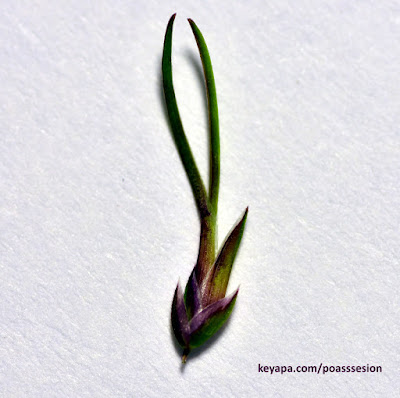 Once I got home I took some macro shots of the spikelets, and posted it to the midwest graminoid facebook group, where some helpful members immediately identified the samples as Poa bulbosa. The ID was confirmed by the Grass Identification group as well. 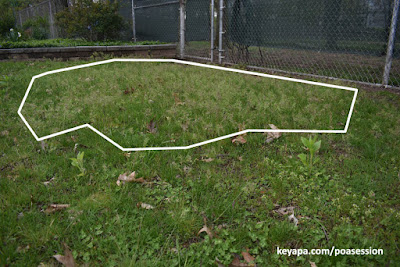 P. bulbosa is a perennial bunchgrass that originated from the Mediterranean region and was introduced to the USA in the early 20th century. It is a successful invasive species, and can be found in a variety of disturbed areas such as roadsides and pastures. 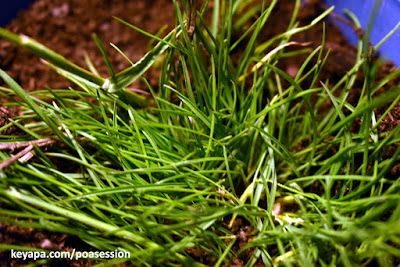 Although the species reproduces sexually in its native areas, it reproduces mainly by asexual means in its introduced range. This is accomplished by either the use of of above-ground bulbs along its base that split off from the parent plant, or by the clonal propagation of bulbils that rise from its spikelets. Such bulbils are transformed florets that produce new plants when separated from the parent. 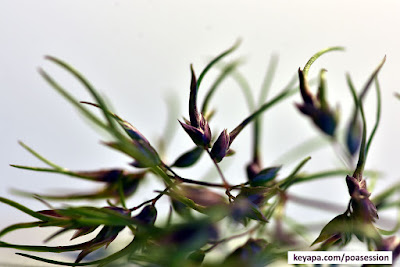 I've always thought that grasses have some of the most beautiful reproductive structures in plants, although this might be surprising to those who rarely glance at the inflorescence of members of this family, but instead wax lyrical about a rose, or an orchid flower.

The notion that grass spikelets could harbor more than just the usual true florets was amazing to me, so I would like to share some of the images here with you. 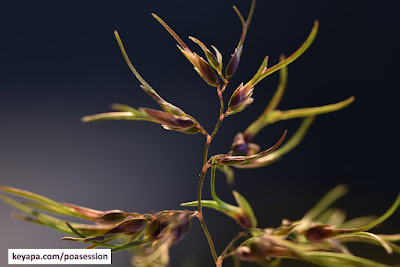 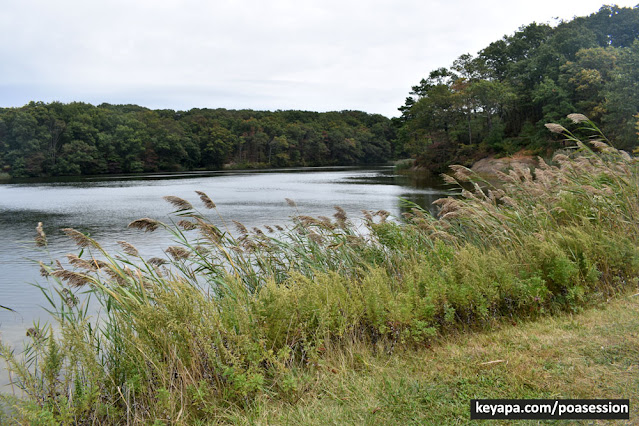 One of the most conspicuous invasive grasses in the Garden State is Phragmites australis.

This grass can be up to 4.6 meters tall, and it is a lover of wet areas, occurring in such places as tidal and non-tidal wetlands, brackish and fresh-water marshes, river edges, shores of lakes and ponds, roadsides and ditches. 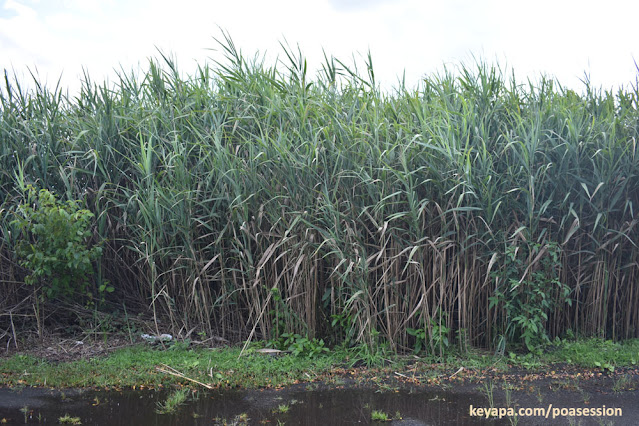 There are 3 forms of the species, with the invasive European form being the most aggressive. This form probably entered the USA in the early 17th century and is now one of the most problematic invasive plants in the country. 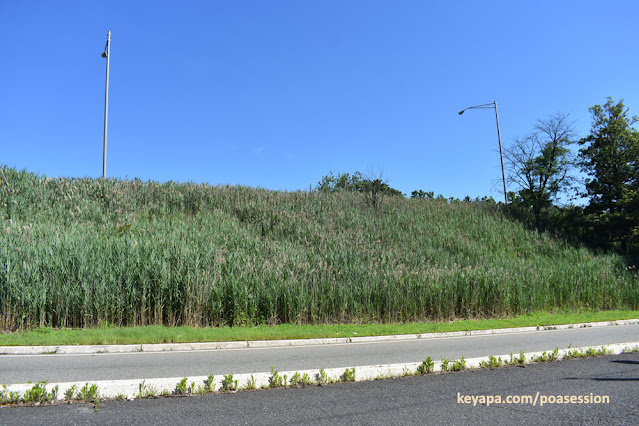 Like many other invasive grasses, it outcompetes native vegetation and forms dense monotypic stands. P. australis is particularly noticeable along the highways in New Jersey, where the tall grasses line highways.


You can even see stands of the invasive grass in the highway median!
It also forms dense stands along waterways, crowding out native species.

This species has also recently been investigated as one of the factors that promote wildfires, along with other invasive grasses such as cheatgrass (Bromus tectorum), cogon grass (Imperata cylindrica), buffelgrass (Cenchrus ciliaris) medusahead grass (Taeniatherum caput-medusae), and others (Fusco et al, 2019). 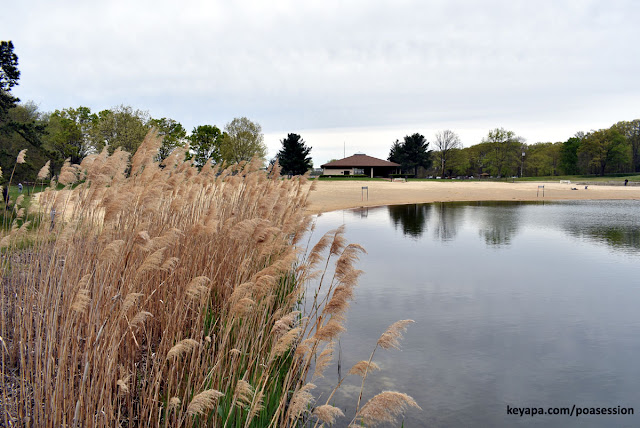 One interesting thing is that even though it has a lot of negatives, there have been studies that show there are some advantages to the species.

For example, its ability to sequester carbon is significantly greater than the other grasses in its area, a big plus in a world undergoing climate change. P. australis is also better in sequestering metals and other pollutants from the environment, including nitrogen, thus helping to prevent algal blooms. Finally, P. australis builds and stabilizes tidal marsh soils better than neighboring plants, another big positive in a world undergoing sea level rise.
In the end, given its competitive abilities and ubiquity, we will probably have to live with it wherever it has already managed to gain a strong foothold. Ensuring that P. australis does not continue spreading to other non-infected sites has to be our primary goal instead.
References: 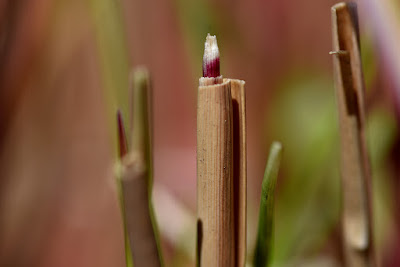 I used my macro lens to take magnified pictures of a new blade of the red form of Imperata cylindrica coming out of an older dried shoot.